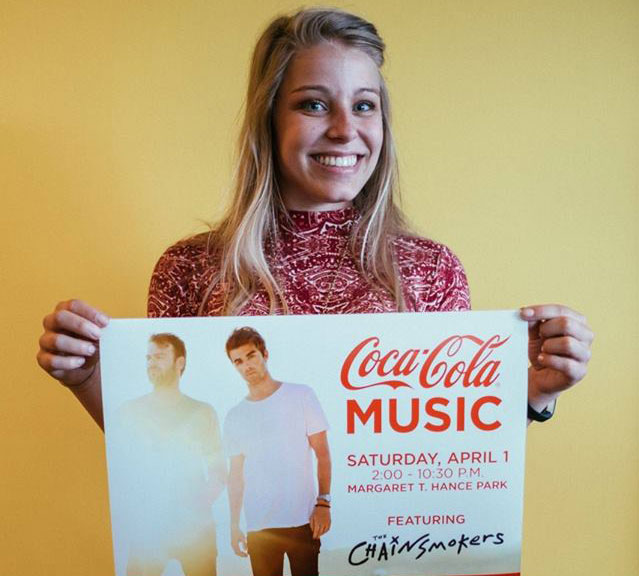 My journey with MELT began when I interned with the creative department the summer before my senior year of college at LSU. The experience I gained during the two months at MELT was more than a class could ever teach me. I loved every second of the internship and thought about MELT every day my senior year of college. I was motivated to finish college and hopefully return to MELT upon graduation. Fortunately, MELT offered me a full time position as a Junior Graphic Designer right after graduating from LSU–I was thrilled! I moved from Louisiana to Atlanta for the opportunity of a lifetime.

MELT has given me so much since the first time I walked in the office. I’ve learned a lot about myself, developed professionally and enhanced my talents. MELT U provides students with an opportunity school would never be able to provide. I’m so grateful for the experience I gained during my internship. I went into my senior year with an upper hand: an experience no one else in my class had. Working full time at MELT has been the best first job anyone could ask for. 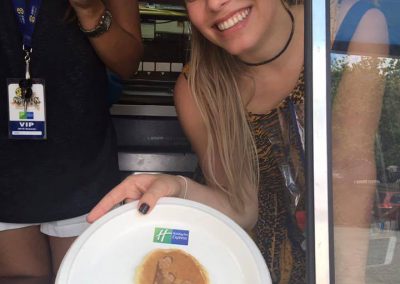 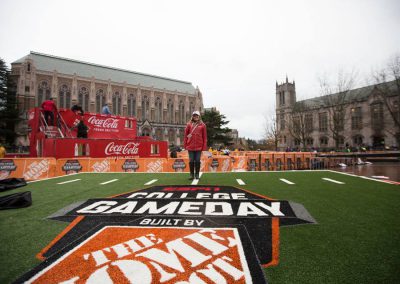 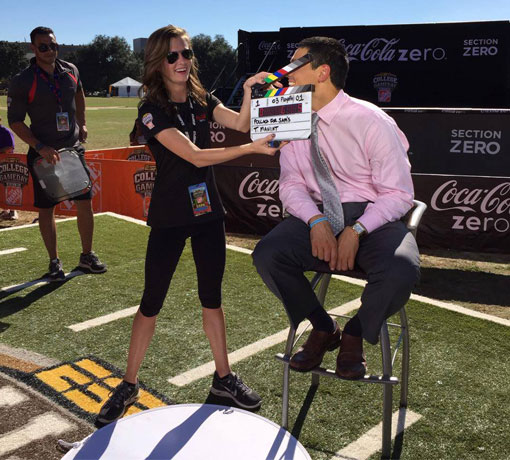 In May of 2014, as a recent graduate from Clemson University, I started my journey at MELT. At this time, MELT U had not yet been developed and there were only six total interns. On the very first day of my internship, I was eagerly greeted by Gigi Gonzalez and Daisy Venners who told me and my fellow interns about what we would be experiencing for the summer. Each intern was then assigned to an area of expertise at MELT to assist and learn as much as possible.

On that fateful day, I was assigned to the Coca-Cola Account team and was taken under the wing of Amber Bruce, a Senior Account Executive. Amber quickly showed me the ropes and with out saying, laid down her expectations for me as it related to the Coca-Cola team, which at the time only consisted of her and Sarah Davis.

Fortunately for me, I must have met the teams expectations, because after my second week at MELT my internship was extended from July to December so that I could continue on throughout the fall football season. The rest of the summer was a blur, filled with exciting moments such as meeting Desmond Howard at the World of Coca-Cola to ensure that he and his boys enjoyed their experience, assisting on a production shoot, learning as much as I possibly could about ESPN College GameDay and building countless decks.

On August 30th, I traveled with the team to Arlington, TX for the Cowboy Classic Kickoff between Florida State and Oklahoma State for ESPN College GameDay. It was on this weekend that I fell in love with MELT and knew it was a company that I would want to stay with. For the following 15 weekends, I traveled with the ESPN College GameDay tour to numerous different college campuses learning everything from live broadcast production to how to make the perfect Coca-Cola Float. After the ESPN College GameDay tour ended, I officially became a member of the Melt team by accepting an official offer as an Account Executive, and the rest is history. 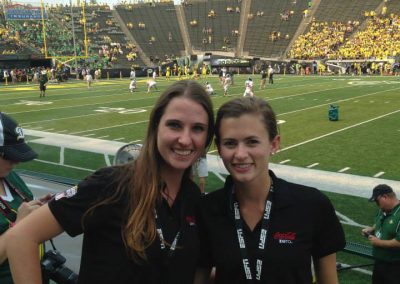 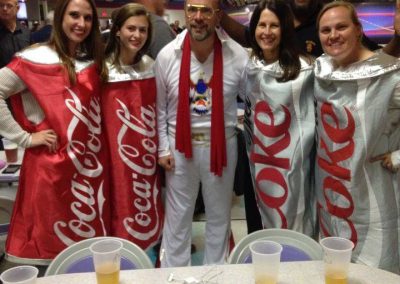 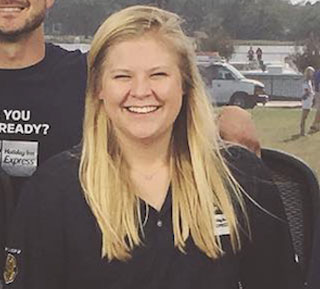 A little less than a month left until the start of the 2017 intern program, it’s really hit me how amazing my (almost!) one year has been at MELT ATL. I’ve been incredibly fortunate to have basically worked with everyone in the company – starting off my year with the social team, going on tour for Holiday Inn Express in the fall, and finally working with Coca-Cola team.

The MELT U internship last year taught me so much and completely prepared me for the past year. The last couple of months have been some of the most crazy – from the South Beach Food and Wine Festival to Final Four – but it’s also been the greatest experience of my life. I can’t wait to continue my journey on the other side of the MELT U experience! 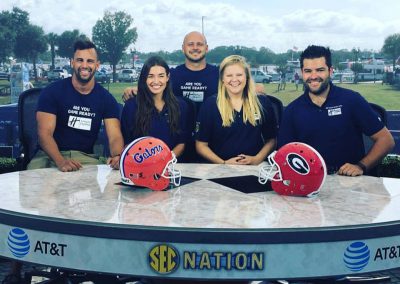 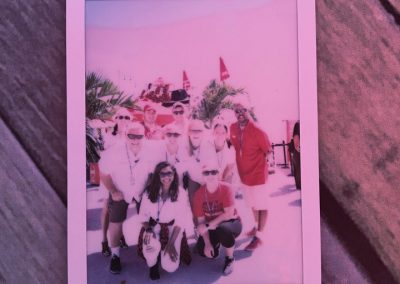 It was a mixture of excitement and anxiety when I first stepped into the MELT ATL office. Now, almost a year later, it feels like home. Taking part in the MELT U internship program was a great challenge for me. Over the course of two months, I experienced first-hand what it meant to work for a leading experiential marketing company. I was given the opportunity to listen to and speak with leaders in the marketing industry, as well as allotted time to work on projects for companies such as Coca-Cola and Popeyes Louisiana Kitchen. Every week we were presented with new opportunities that would prove to be beneficial in building our marketing careers.

One of the most memorable moments of my MELT U internship was being able to work behind-the-scenes on the College Game Day Shoot. Seeing everything that goes into the work we do at MELT is incredible. I am so thankful for my time in the MELT U internship program, as it has allowed me to gain the experience and knowledge that I needed to pursue my goal as a full-time MELT employee. 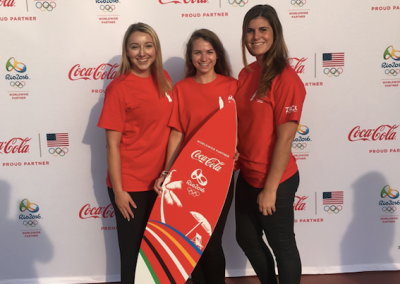 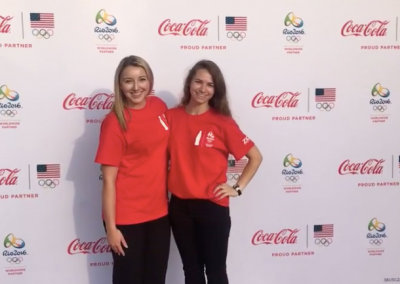 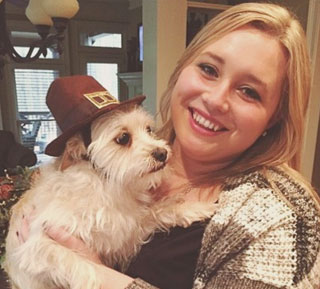 I graduated from Georgia Southern University in 2013 I moved to Atlanta to begin an internship with a baseball management agency out of Norcross. Three months into the internship I was looking to make a move. After a chance meeting at LakePoint Sporting Community, Vince invited me to MELT ATL headquarters for an informational interview. Coming into the office for the first time, I was awestruck by the beautiful décor and trophies that adorned the walls. I first met with Vince where we discussed my background in sports and all of the new things MELT was doing. Four hours later I had met with almost everyone in the office, then Vince brought me back in and said “Okay we like you – do you want to start on Monday?” I took the job and have never looked back.

I started my life at MELT as an intern on the Coca-Cola College GameDay program where I worked under the VP of Client Services. After a 9-month internship I was promoted to Associate Account Executive and was assigned to work under Travis Rice on the Gildan account. This is where things really took off! After executing multiple Gildan ESPN sponsorship programs with events such as The Gildan Charleston Classic and The Gildan New Mexico Bowl I became a full-fledged Account Executive.

I have been truly blessed at MELT with opportunities and amazing leaders who guided me down the path of success. I can’t wait to see where my next adventure takes me. 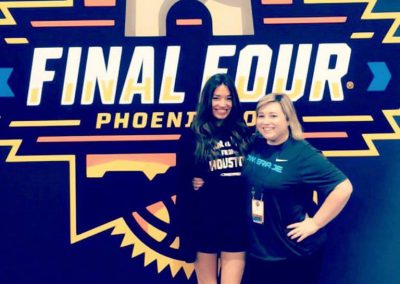 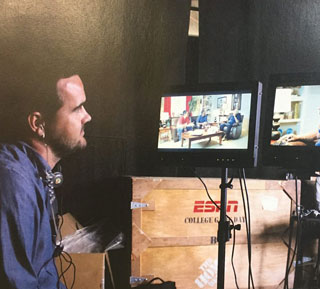 I was a MELT intern in the summer of 2006 as a sophomore at the University of Miami. The real-world experience and life-lessons learned from this internship impacted my early career immeasurably. After graduating from college in 2009, I went on to work for a producer in Hollywood, traveling the world with a show called Inside Israeli Basketball, and working on a feature film for Lionsgate called Girl in Progress with Eva Mendes among other things. In 2013 and 2014, I got the opportunity to write and produce two television films for Starz Channel, Category 5 with Burt Reynolds, and Impact Each with Tom Berenger. My next job as an associate producer on the National Geographic Channel’s Drug’s Inc. took me all over the world, and eventually back to Atlanta for the final episode in late 2014.

I reconnected with Vince and the team at MELT ATL when an opportunity presented itself, and I have been working as a digital producer for MELT since April 2015. I have relished the opportunity to be back in the MELT family. You never know where life will take you, but the skills, contacts, and connections you make at MELT will be vital tools in your arsenal as you begin to build successful careers.