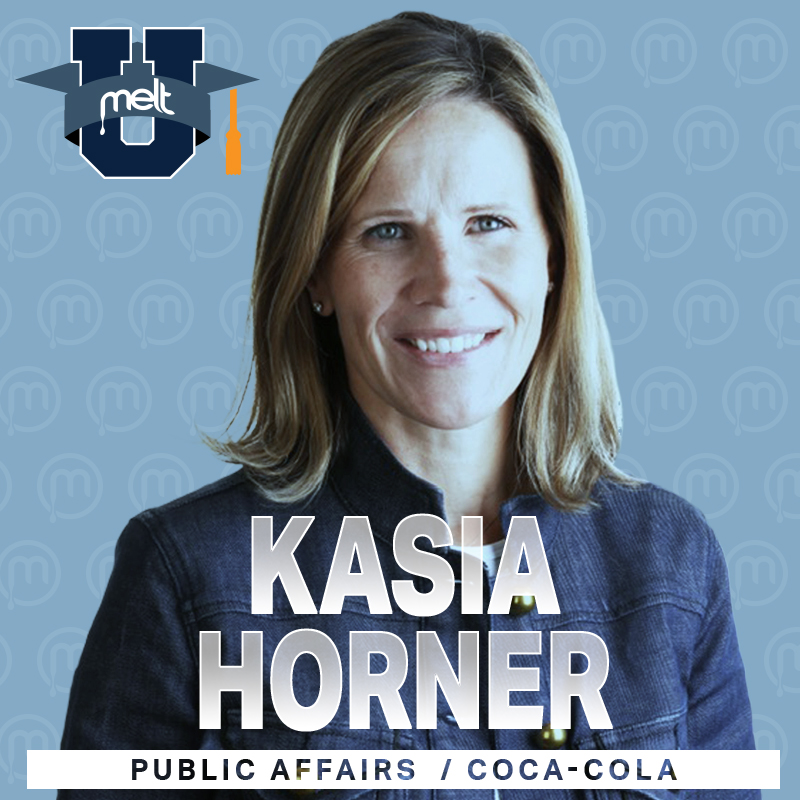 Kasia Horner is a Director in the Public Affairs and Communications function at The Coca-Cola Company. In her more than 16-year career with The Coca-Cola Company, Kasia has lead sports marketing activation for National Collegiate Athletic Association (NCAA). In her role, Kasia set strategic direction, managed key college sports partnerships with the NCAA, Turner Sports, and CBS and led the execution of the NCAA March Madness sports marketing campaign. Her experience using multiple media platforms, including television, digital, social media, in-venue fan engagement and experiential marketing techniques to drive awareness and participation. Kasia is a graduate of Williams College and holds an MBA from Dartmouth College.