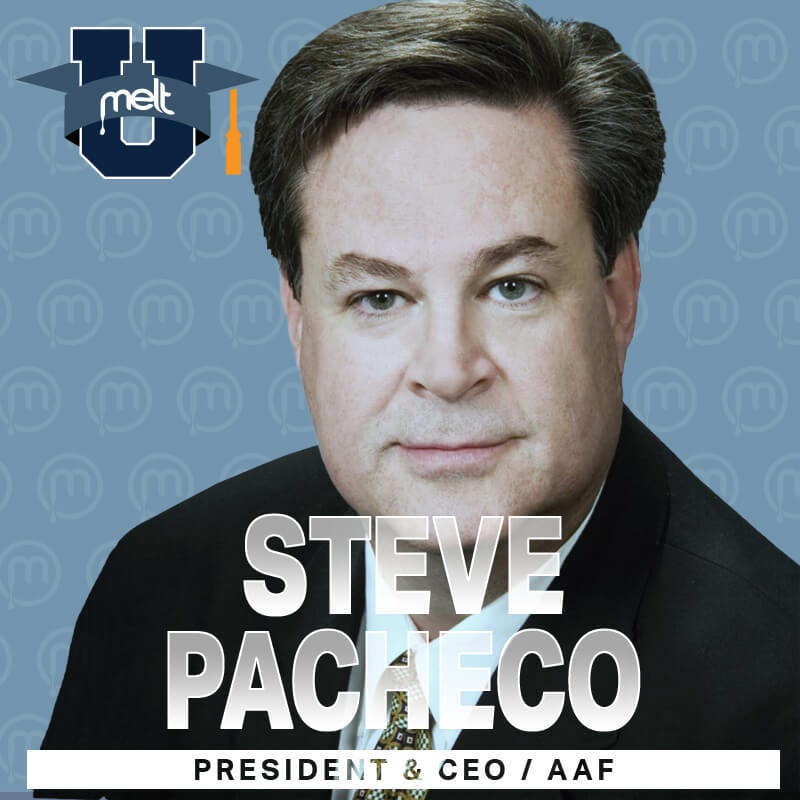 Steve Pacheco is the President/CEO of the American Advertising Federation. Pacheco is tasked with designing a future-forward organization consistent with the changes impacting the advertising landscape. His role will span evolution of the AAF’s programs, services and membership; volunteer engagement; and serving as the voice of the advertising industry through advocacy and lobbying on key issues from free commercial speech to the advancement of diversity and inclusion.

Pacheco joins the AAF from Ducks Unlimited, where he was Chief Marketing Officer. He has 30 years of industry experience, more than 20 of which were spent at FedEx as Director of Advertising & Sponsorship Marketing. There, he produced award-winning work, including 12 Super Bowl commercials, FedExCup, NFL and NASCAR ad campaigns. He worked for International Paper as Director of Advertising & Marketing Communications, where he directed their 1996 Summer Olympics sponsorship. He was also a partner in a Memphis-based advertising and design agency, Humphreys Ink.

Pacheco is the first AAF President & CEO to have held leadership roles at every level of the organization, beginning at the collegiate level, President of Memphis Advertising Federation and Chairman of the AAF National Board of Directors in 2011. In 2013, he received the AAF Barton A. Cummings Gold Medal Award and was named The ADVERTISING Club of New York’s “Advertising Person of the Year.