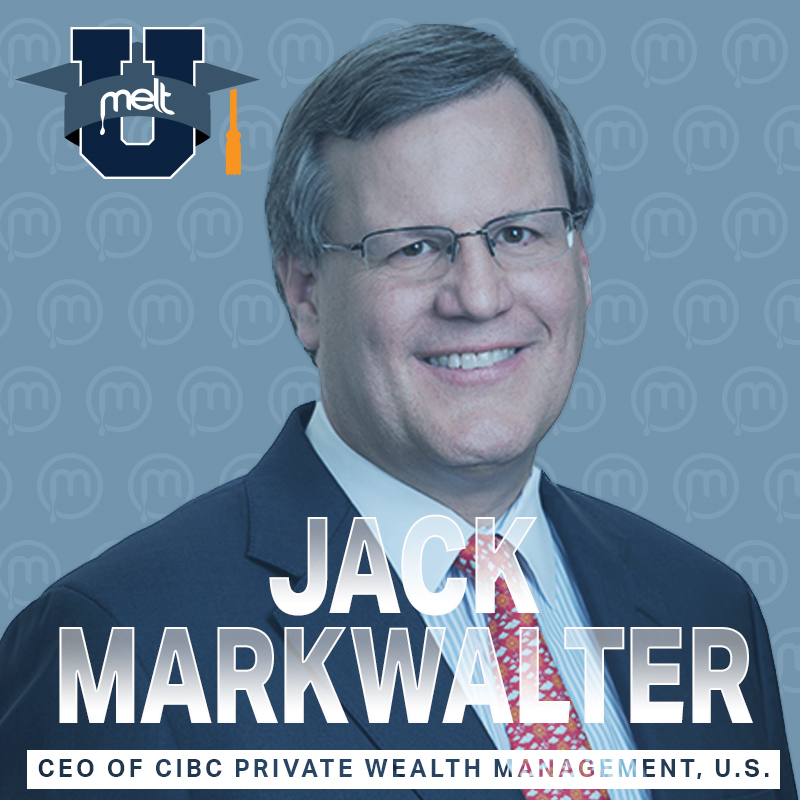 Jack Markwalter is the CEO of CIBC Private Wealth Management, U.S. Jack earned a Bachelor of Science with highest honors from the Georgia Institute of Technology and a Master of Business Administration from the Harvard Graduate School of Business. Jack has more than 30 years of experience in the private client and investment industry. He joined CIBC Private Wealth (previously Atlantic Trust) in 2002 as head of business development and became chairman and CEO in 2004. Jack Markwalter has led the growth of the business from $8 billion to over $77 billion in assets under management and administration.