MELT FOUNDER, CHAIRMAN, CEO AND AUBURN ALUMNUS VINCE THOMPSON TO GIVE CAREER DEVELOPMENT SPEECH TO AUBURN UNIVERSITY STUDENT-ATHLETES TODAY – THEME OF THE LECTURE IS “LEVERAGING YOUR STUDENT-ATHLETE EXPERIENCE INTO BUILDING YOUR BRAND FOR LIFE AFTER ATHLETICS”

Thompson, a 1984 Auburn University graduate worked his way through Auburn University as a student assistant in The Sports Information Department under then Sports Information Director David Housel during the Pat Dye, Bo Jackson, and Charles Barkley era. He was also a Sports Editor for The Auburn Plainsman and a member of Phi Gamma Delta Fraternity. It was this experience that set Thompson on his career path and the founding of MELT in 2000. MELT is now one of the nation’s largest independent sports, entertainment and culinary marketing agencies including its 19-year representation of The Coca-Cola Company, one of the country’s longest-running agency-client relationships. MELT has activated 17 consecutive Final Fours for The Coca-Cola Company, 7 consecutive seasons of ESPN College GameDay and much more. Other major clients include AFLAC, IHG, Kia, Reese’s Sr. Bowl and Auburn University alumni Cam Newton and Frank “Big Hurt” Thomas.

Thompson’s experiences at Auburn also inspired him to create MELT University, one of the country’s most successful college intern marketing programs. In the summer of 2019, MELT University graduated 37 interns from 21 universities, hired several interns and placed others in companies such as The Coca-Cola Company, Chick-Fil-A, Home Depot, The Atlanta Falcons and others. MELT has also hired many Auburn alumni as well.

Thompson’s lecture will focus on “Leveraging Your Student-Athlete Experience Into Building Your Personal Brand,” as he shares his secrets for resume building, LinkedIn pages, social media usage and how to link their specific sport into their industry careers.

“I’m so honored, proud and delighted to be a part of the ‘AuburnYOU’ program and The Auburn Athletic Department,” said Thompson. “It’s an honor to be asked back to a place that gave me my career start and is near and dear to my heart.” 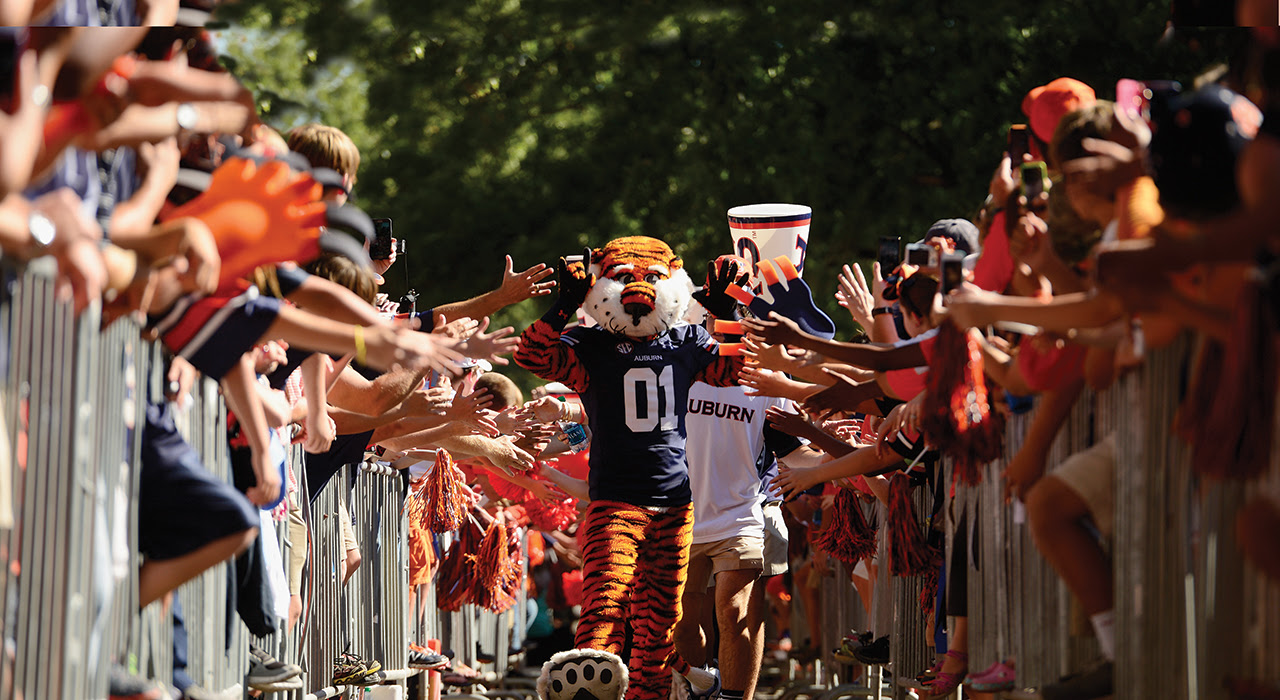